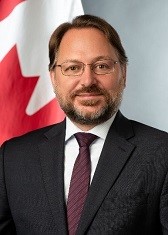 One of the key roles of the Consulate General in Rio de Janeiro is to offer consular services to Canadian citizens residing and visiting in its tri-state territory. Visa services for visitors and potential immigrants are offered exclusively through the Canadian Consulate General in São Paulo which is responsible for this program on a country-wide basis.

Of equal importance is the Consulate General’s work representing Canada’s wide range of commercial interests in the states of Rio de Janeiro, Minas Gerais and Espirito Santo. As these 3 States account for about 25% of Brazil’s GDP, it's no surprise that our Consulate General has a dedicated team of Trade Commissioners delivering a full range of services to Canadian clients and partners, whether it be export market development, investment attraction to Canada, facilitation for Canadians investing in Brazil or fostering bilateral linkages in innovation, science & technology. The Rio trade team focuses on the following sectors: oil & gas; energy, including renewable energy; ocean technologies; education and cultural industries. Our trade team in Belo Horizonte focuses on mining and education, among other sectors. Please contact our trade team for assistance.

People-to-people ties and linkages are essential to fostering a vibrant bilateral relationship and the Consulate General will continue to pursue Canada’s foreign policy priorities of a principled international agenda that prioritizes innovative partnerships and multilateral efforts, and that puts the following at the centre of its actions: democracy; human rights; gender equality; peace and security; international law; and environmental protection.

Despite the challenges faced by the COVID‑19 crisis, our goal is to provide the full range of our services. Office hours may change at short notice as the COVID‑19 crisis and advice from public health authorities change. We are asking that those requiring in-person services please book an appointment via our consular email (rio-cs@international.gc.ca) so that we can best serve you. We have adapted to the new working realities and trust that you will find no gap in our service offering.

David Verbiwski (BSc [Physics], Bishop’s University, 1996) worked in the private sector in Indonesia and in the natural resources sector in Canada before joining the Department of Foreign Affairs and International Trade in 2001. During his time at Headquarters, he served in the Latin America and Caribbean Division (2001 to 2002), as deputy director in the Strategic Trade Planning and Performance Measurement Division (2009 to 2010) and as deputy director responsible for nuclear compliance and cooperation in the Non-Proliferation and Disarmament Division (2018 to 2020). He has held various positions abroad, including trade commissioner in Jakarta (2002 to 2005), trade program manager in São Paulo (2005 to 2009), regional senior trade commissioner for eastern Africa in Nairobi (2010 to 2013) and commercial counsellor in Havana (2014 to 2018).