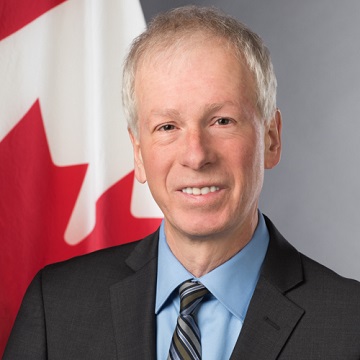 Ms. Amy Baker is, since August 1, 2021, Chargée d’affaires at the Embassy of Canada in France.  Ms. Baker joined the Embassy in August 2019 as Deputy Head of Mission and Minister Plenipotentiary. Ms. Baker came to this position following her assignment as Director General of Health and Nutrition at Global Affairs Canada. In that role, she was Canada’s representative on international boards for the Global Fund, Gavi, the Vaccine Alliance and the World Bank’s Global Financing Facility, among others.  She also led Government of Canada preparations for Canada’s hosting of Women Deliver 2019.

In a career marked by a strong engagement and keen interest in issues of gender equality, and international development, Ms. Baker was previously posted abroad as Senior Director and Head of Development Cooperation for Ethiopia and Pan Africa Programs in Addis Ababa. She was the founding Chief Operating Officer for the Queen Rania Foundation in Amman, Jordan, and Chief of Staff to the President of the Canadian International Development Agency (CIDA). She has held various other positions within the Government of Canada, including at CIDA, the Ministry of Justice, Status of Women Canada, and Human Resources Development Canada.