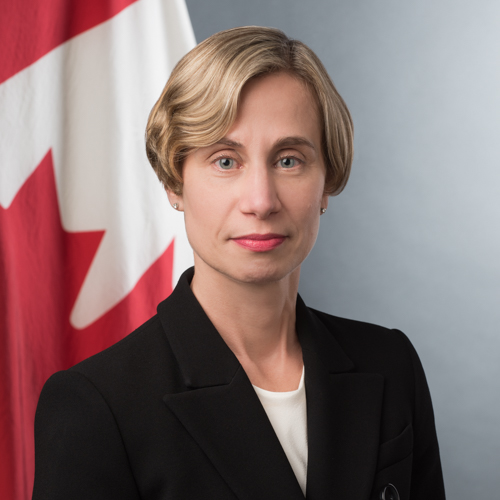 A graduate with a BA in Law from Carleton University, she began her career in the Canadian government in 1989 when she joined the Department of Employment and Immigration and where she held various assignments in Ottawa related to immigration enforcement, strategic policy and refugee policy. In her most recent headquarters position, she was Director General of Citizenship and Multiculturalism policy.

She served in Beijing from 2015 to 2018 as Migration Program Manager and Area Director for North Asia and Oceania, with oversight of Canadian migration programs in eight offices, including those in China, Japan, South Korea and Australia. Nicole is the recipient of 10 Canadian public service awards including a Deputy Minister’s award for her leadership on comprehensive reform of Citizenship legislation. Early in her career, Nicole co-founded a successful small business.

Nicole speaks English, French and Italian. She is married, and is the parent of one child who is a university student.