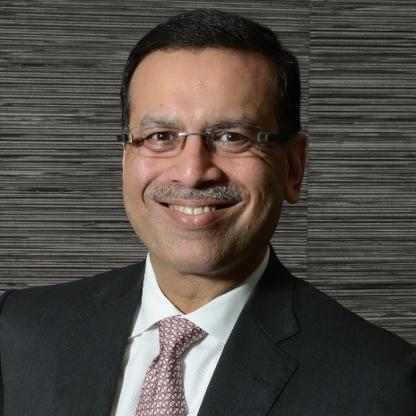 Sanjiv Goenka, Chairman, the RP Sanjiv Goenka Group, has an asset base of over Rs 40,000 crores. The Group has over 45,000 employees and over a hundred thousand shareholders with annual revenues of about Rs 20,000 crores.

Sanjiv Goenka was a former President of All India Management Association (AIMA).

Mr. Goenka was conferred Indian Business Leader of the Year at Belfast Global India Business Meet in 2013, Banga Bibhushan Award for his contribution to the state of West Bengal, and Distinguished Fellowship Award of Institute of Director, India at their 16th London Global Convention, 2016. Mr. Goenka is also the Honorary Consul of Canada in Kolkata.

Mr. Goenka is ranked No. 27 in India Today’s list of 50 Most powerful people in India.

Born in Kolkata in 1961 and educated at the famed St. Xavier’s College, Sanjiv Goenka is married to Preeti. They have a daughter Avarna and a son Shashwat.