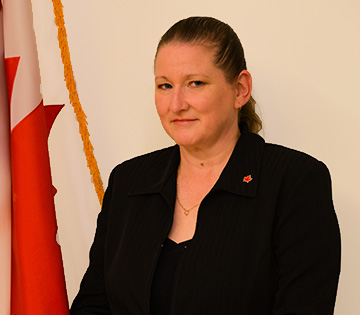 François Lafrenière, BA [Economics], Laval University, 1986, joined the Canadian International Development Agency (CIDA) in 2005. At Headquarters, he served as Director of several Development Programs, including Afghanistan and Sri Lanka from 2015 to 2016, and, Myanmar and the Philippines from 2016 to 2019. He was Counsellor (Development) for CIDA at Canada’s embassy in Beijing from 2010 to 2012. Prior to joining CIDA, he worked in the international NGO sector for over ten years; from 2000 to 2004, he was Asia Regional Director for a Canadian NGO based in Kathmandu and Hanoi, also covering other Asian countries (India, Cambodia and Tajikistan). He is married to Odette Gauthier and they have three sons.