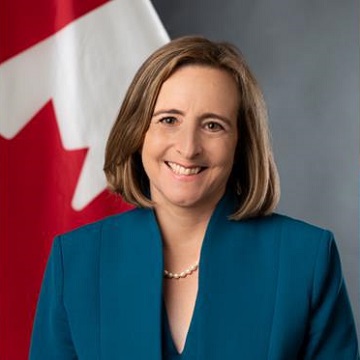 During her time at Global Affairs, Ms. Scanlon has most recently served as Director General in the International Platform Branch and before that as Director General of Consular Operations where she was responsible for delivering the consular program and managing the consular network abroad.  She has served overseas in Tokyo (Japan) from 1992 to 1996 as a trade commissioner and in Paris (France) from 2007 to 2011 as Minister-Counsellor, Communication and Public Affairs.  Ms. Scanlon has also served twice in regional offices in Halifax (1990-1991) as a trade commissioner and Westminster, B.C. with Agriculture and Agri-Food Canada (1996-1998), again as a trade officer.

She is married and has two children.