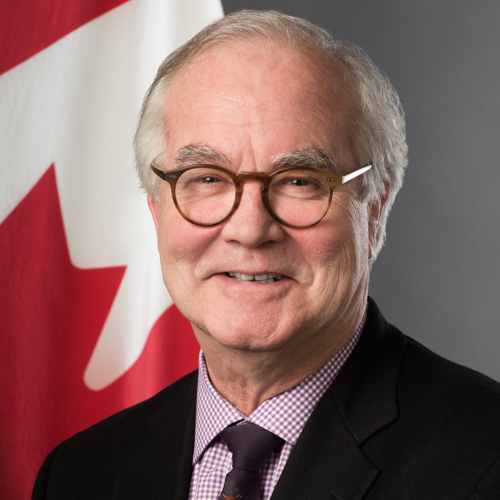 John Cruickshank (BA [Literature], Trinity College, University of Toronto, 1975) was most recently the chairman of the Canadian Journalism Foundation and co-chair of Canadian Press Enterprises Inc. He was publisher of the Toronto Star, Canada’s highest-circulation newspaper, and president of Star Media Group from 2009 until 2016. He was the ninth publisher in the Star’s 124-year history.

Mr. Cruickshank has enjoyed a distinguished career in newspapers and television in both Canada and the United States. He served as publisher of CBC News from 2007 to 2008; he was responsible for all English-language television, radio and online news. Before joining the CBC, he was publisher of the Chicago Sun-Times and chief operating officer of the Sun-Times Media Group, based in Chicago, Illinois, from 2003 to 2007. Prior to being named publisher of the Sun-Times, he was vice president, editorial, from 2000 to 2003.

Mr. Cruickshank is also a former managing editor of the Globe and Mail and former editor-in-chief of the Vancouver Sun. He has also worked for the Montreal Gazette and started his journalism career with the Kingston Whig-Standard.

Mr. Cruikshank was born and raised in Toronto, Ontario. He received an honorary Doctor of Sacred Letters from Trinity College in 2013.