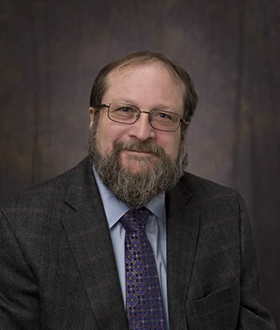 Jeffrey Davidson brings extensive work experience related to corporate social responsibility across private and not-for-profit sectors, countries and cultures to his appointment as Extractive Sector CSR Counsellor. He has been involved with mining and mineral resource development for the past 35 years as a project engineer, policy and program advisor, community worker and teacher. He has been a long-time and early advocate and practitioner in the areas of socially responsible mining operations and constructive company-community engagement.

As a member of Rio Tinto's Global Communities Practice Team, Mr. Davidson worked out of Rio Tinto’s offices in Australia and Washington, DC from 2007 to 2011, with responsibility for supporting corporate- and site-level work in community relations and social responsibility, including applying social due diligence and evaluation to new projects and project expansions. In this capacity, he co-authored Rio Tinto's resource guide for integrating gender considerations into community work at project sites.

In addition to his work with Rio Tinto, Mr. Davidson was the community relations manager at project sites for Placer Dome Latin America in Venezuela (1996-2000) and for Energy Resources of Australia at their Ranger operation (2006-2007), working directly with both indigenous and non-indigenous communities.

He also spent four years in the Mining Policy Unit of the World Bank (2001-2005) on country projects in Romania, Mongolia, Mozambique and Nigeria. As part of his responsibilities at the World Bank, he worked on developing toolkits relating to HIV-AIDS in the mining sector, helped to address community development challenges around mining projects, and coordinated an international knowledge-sharing and learning network on Communities and Small-Scale Mining (CASM).

In 2011, Mr. Davidson left the private sector to join the Mining Department of Queen's University in Kingston, Ontario. At Queens, he taught undergraduate engineering students foundation courses in mineral industry economics, as well as the sustainability and social responsibility dimensions of mining practices. He organized and coordinated a graduate certificate program in Community Relations for the Extractive Industries. He also spent 10 years (1984-1995) teaching at McGill University.

Mr. Davidson holds degrees in cultural geography from McGill University and in mining engineering and mineral economics from the Montana School of Mines and Columbia University.