Represents the riding of Saint-Maurice—Champlain 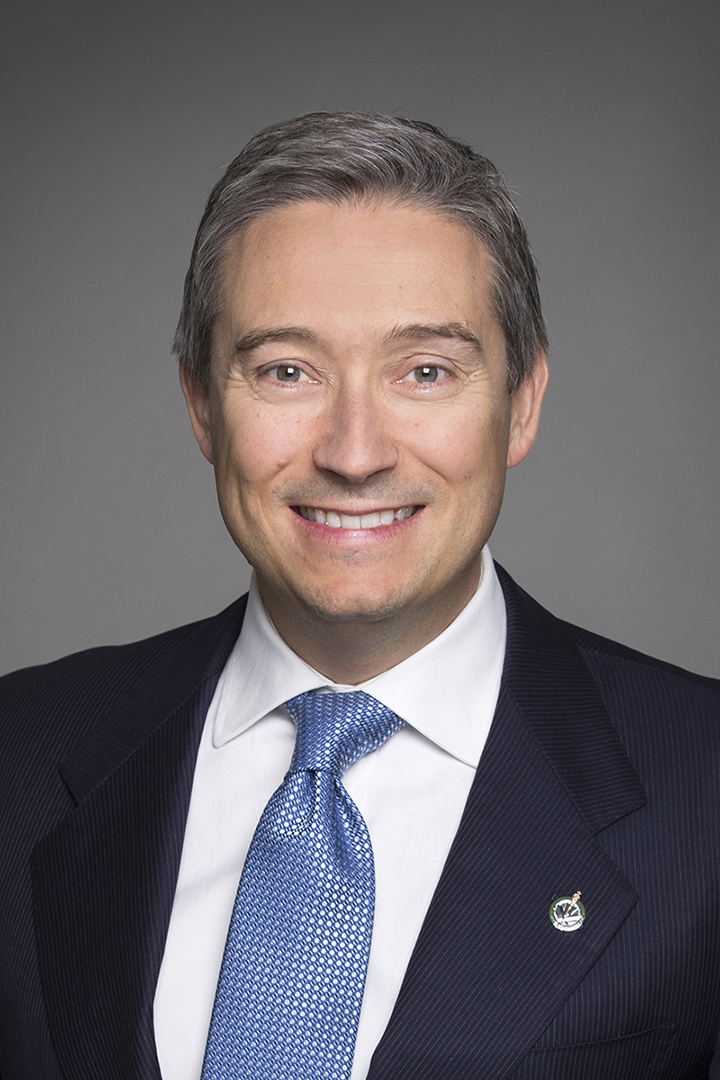 The Honourable François-Philippe Champagne was elected the Member of Parliament for Saint-Maurice—Champlain on October 19, 2015.

Businessman, lawyer and international trade specialist, Minister Champagne has more than 20 years of experience at large international companies in Europe, particularly in the fields of energy, engineering, and innovation.

He was Vice-President and Senior Counsel of ABB Group, a leader in cutting-edge technology that operates in more than 100 countries. Later, he served as Strategic Development Director, acting General Counsel, and Chief Ethics Officer and Member of the Group Management Committee of AMEC Foster Wheeler, a world leader in the energy sector.

In 2009, Minister Champagne was named Young Global Leader by the World Economic Forum. He has also served on several boards over the years and was notably President of the Canadian-Swiss Chamber of Commerce and the Banff Forum.

Recent news from the Minister of Foreign Affairs

Tweets by CanadaFP
Report a problem or mistake on this page