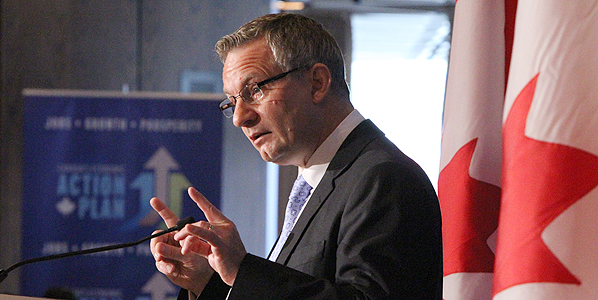 April 27, 2012 - Ottawa - The Honourable Ed Fast, Minister of International Trade and Minister for the Asia-Pacific Gateway, delivers a keynote address at the Economic Club of Canada in Ottawa. In his speech, the Minister said that the Harper government remains squarely focused on what matters to Canadians—jobs, growth and long-term prosperity—and that deepening Canada’s trading relationships with lucrative markets such as the EU is key to achieving these goals. The Minister confirmed that an ambitious Canada-EU trade agreement will benefit Canadian workers, businesses and families from coast to coast to coast.

A high-resolution version of this photo may be downloaded.