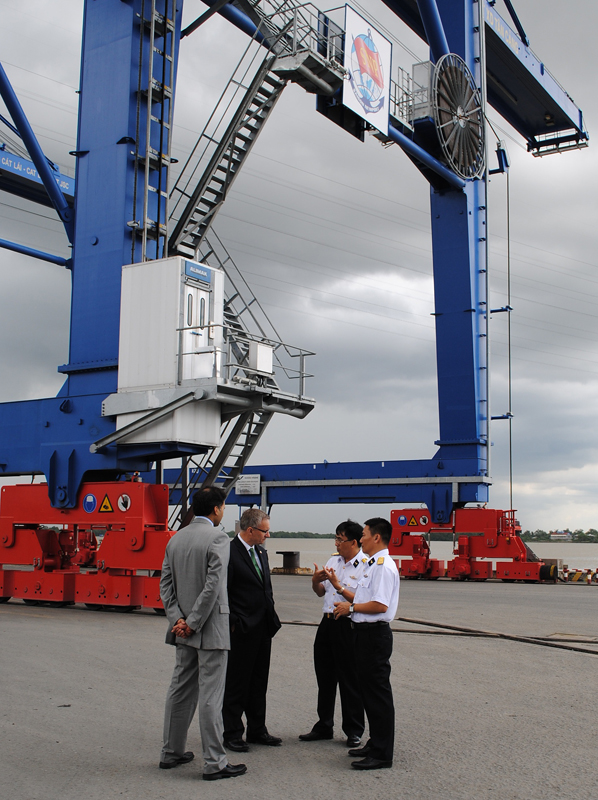 The Government of Canada recognizes that efficient and sustainable gateways to global markets are important to enabling trade. As part of its pro-trade plan, Canada has invested in Gateway infrastructure projects, valued at over $3.3 billion, in partnership with all four Western provinces, as well as municipalities and the private sector. Fast, reliable and secure, Canada’s Asia-Pacific Gateway has up to a two-days’ sailing time advantage over other North American gateways.

Minister Fast toured the Cát Lái facility with executives of the Saigon Newport Corporation, which owns more than 80 percent of the terminal market share in southern Vietnam, and offers direct routes from a deep sea port terminal to and from Vancouver and Prince Rupert, British Columbia—Canada’s Asia-Pacific Gateway. Cát Lái terminal is Vietnam’s largest and most modern international container terminal, featuring an area of 800,000 square metres and seven berths.