Troy Lulashnyk, Ambassador to Austria and Permanent Representative to the International Organizations in Vienna 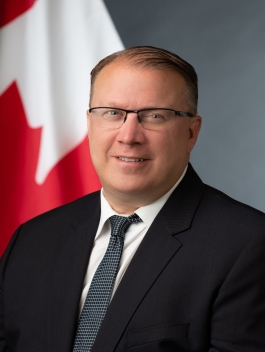 Troy Lulashnyk is Ambassador of Canada to Austria and Permanent Representative to the International Organization in Vienna. Prior to this, he was also the Ambassador to Ukraine from 2011 to 2014 and to Egypt from 2014 to 2017. Mr. Lulashnyk has held several senior Canadian government roles, including: