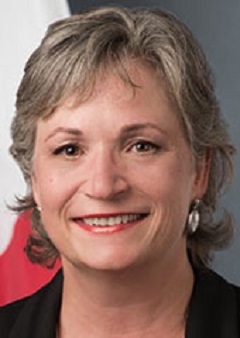 Lisa Stadelbauer (BA [Administrative and Commercial Studies], University of Western Ontario, 1988) joined External Affairs and International Trade Canada in 1990. Her first assignment abroad was in 1992 to Tel Aviv, and she later served in Hanoi as counsellor and then in Oslo as counsellor and consul. From 2011 to 2015, she served as Ambassador to Zimbabwe and Angola, and High Commissioner in Botswana. In Ottawa, she has served in a number of functions, including Director of the Eastern and Southern Africa Division, Deputy to Canada’s Africa Personal Representative to the G8 and, from 2015 to 2017, Director General of the Pan-Africa Bureau. Her most recent assignment was in the Foreign and Defence Policy Secretariat of the Privy Council Office. Ms. Stadelbauer was appointed Canada’s High Commissioner to Kenya, Rwanda, Uganda, and Canada’s Representative to UN Environment and UN-Habitat in October 2018, and she presented her credentials as Ambassador to Somalia in June 2019 and to Burundi in July 2019.