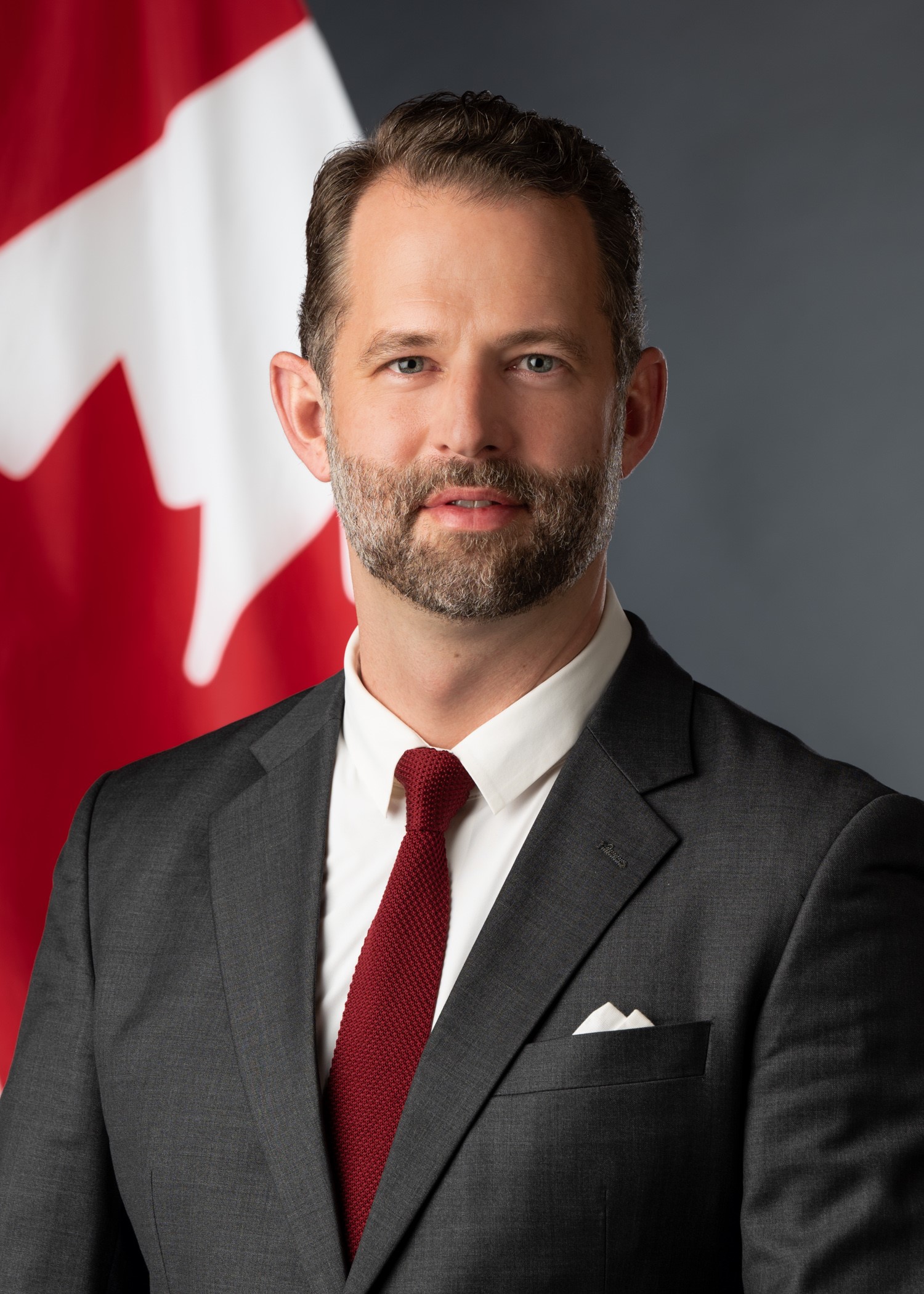 In Ottawa, he has worked in the Human Rights, Humanitarian Affairs, and International Gender Equality Division (2004 to 2005), in the National Security Branch of the Privy Council Office (2013 to 2015) and as Director of Strategic Planning and Coordination in the Peace and Stabilization Operations Program (2018 to 2021).

Additionally, he undertook a short assignment at the Permanent Mission of Canada to the United Nations in New York (2005) and served with the International Committee of the Red Cross in Cali, Colombia (2015 to 2016).

He speaks English, French, Spanish, and Chinese (Mandarin) and is learning Russian.

He is a graduate of the National Security Programme at Canadian Forces College.