Your bi-monthly newsletter from the High Commission of Canada in the United Kingdom. 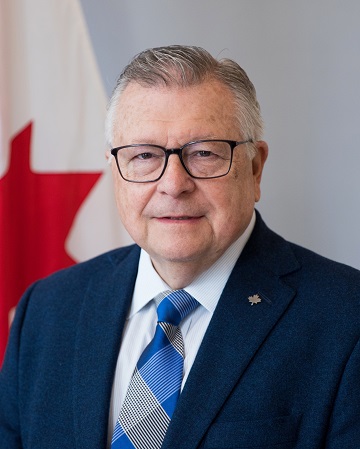 Message from the High Commissioner

When I last wrote to you in May, celebrations for Her Majesty Queen Elizabeth’s Platinum Jubilee were still ahead of us, and we were just beginning to plan for Canada Day–to connect with the wonderful community of Canadians who call the UK their home.

Her Majesty’s Jubilee was indeed “happy and glorious” over that special weekend, June 2nd–5th, with all the pomp and circumstance, fanfare and pizzazz that one would expect for a monarch celebrating an historic 70-year reign (second only to France’s Louis XIV, whom HM will surpass in two more years).  For seven decades and through some of the world’s most tumultuous upheavals, Her Majesty has steadfastly served as Queen of Canada.  The affection for Her during this Jubilee year is truly genuine.

Then on July 1st, we came together to celebrate what makes us proud to be Canadian. Canada Day is one of those special occasions when the spotlight is on the vibrant, rich and diverse culture and traditions that make up the Canada we know. It’s also a day to acknowledge and reflect on the deep ties and history we share with our friends, neighbours and allies in the UK, across the Commonwealth and all around the world.

Thank you to all of you who joined us in marking these two memorable occasions.  By the way-if you couldn’t find a spot on one of our famous Canada House tours to mark Canada Day, rest assured that there will be many more to follow in the months to come.  Please watch this space for more details and the full schedule.

Right after Canada Day, celebrations continued with the 50th anniversary of the first Pride march in London, back in 1972. I was proud to be part of our “Diplomats for Equality” contingent, the largest-ever grouping of diplomatic missions at a Pride march in London–to help tackle discrimination and promote equality. In honour of this momentous occasion, we released the London Diplomats for Equality Joint Statement, signed by 42 countries, highlighting our commitment to supporting the rights of LGBTI+ people around the world.

The recent horrific homophobic domestic terrorist attack in Norway –one of the signatories of the statement– show us that, tragically, the fight for equal, open, accepting, fair and safe societies is never over.  We stand with our Norwegian friends and allies, and will continue to work with all our international partners to build a world where people are free to be themselves and love who they love, without fear, judgement or persecution.

The protection and promotion of human rights were topics on the table at the 2022 Commonwealth Heads of Government Meeting in Kigali, Rwanda (June 20th – 25th). As a member of the Board of Governors of the Commonwealth, I there to support Prime Minister Trudeau and Foreign Minister Joly.

The Commonwealth is a diverse collection of 54 countries across 5 continents, in both hemispheres, including the very wealthy and the very poor, large and small, linked by history, similar governance, legal and commercial systems and a set of core values. But despite what they have in common, with an international grouping of this size, there are bound to be some crucial differences as well (and some challenging ones too).

The Commonwealth Heads of Government have a tough world to tackle: Putin’s illegal invasion of Ukraine rages on, food and energy supplies are suffering, which is putting particular pressure on the world’s most impoverished nations, and the impacts of climate change are being felt across the globe.

At the Commonwealth Heads of Government Meeting, Canada worked tirelessly to address these critical issues and advance the shared priorities of the Commonwealth, including defending peace, security, and human rights; taking ambitious climate action; growing the economy; and making life better and more affordable for people around the world. Minister Joly was relentless in pressing her foreign ministers counterparts, while Prime Minister Trudeau spoke eloquently on behalf of Canada. All our differences notwithstanding, the Commonwealth unanimously endorsed a key statement about Ukraine. It would not have happened without Canada!

Looking ahead to July, a large contingent of Canadians will be coming to the UK for the Farnborough Air Show and then the Commonwealth Games in Birmingham. Canada House is proud to support the over 275 #TeamCanada athletes who will compete in 18 sports and 5 para sports throughout the Games which run from July 28th to August 8th. GO Canada GO!!!

Canada is also proud to support the Birmingham 2022 Festival, a celebration of creativity in the region and a beacon of cultural legacy for the Birmingham Commonwealth Games. This is the largest ever Commonwealth Games cultural programme and includes a wide array of Canadian and Indigenous voices, as well as the first-ever 2-Spirit Ball outside Canada! Stay tuned on our social media for more information on how you can participate.

I wish you an excellent summer!

Ralph Goodale
High Commissioner for Canada in the United Kingdom