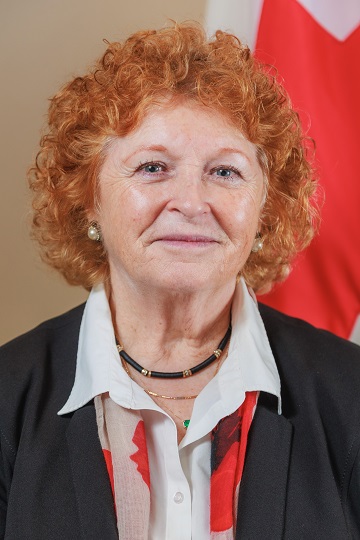 In November 2022, Susan became Consul General in Dallas, the senior representative of the Government in Canada, responsible for Arkansas, Louisiana, New Mexico, Oklahoma and Texas. Her office, the Consulate General, covers economic, political, and public affairs, and provides consular and commercial services. The Consulate of Canada in Houston, which focuses on commercial issues, also reports to her office. In addition, these offices coordinate with several other key federal government departments, which focus on a range of issues including energy, environment, security and defence, as well as with Canadian provinces who are active in the territory.

Previously, Susan was Consul General in Miami (2016 to 2022), Canada’s Senior Arctic Official (2013 to 2016), and Director General in the trade policy area, covering policy, negotiations and regulatory issues (2009 to 2013). She was at the Embassy of Canada in Washington DC (2004 to 2009), where she became the Minister (Economic Affairs). In 2001 to 2004, she was Canada’s Ambassador in Montevideo, Uruguay. She previously held trade positions in Yaoundé, Paris and Buenos Aires.

Prior to joining the Government of Canada, Susan taught at both Cambrian College in Sudbury, and George Brown College in Toronto. She holds an MBA from the Ivey School of Business, at Western University, and an Honours BA in Math and English, from Queen’s University.