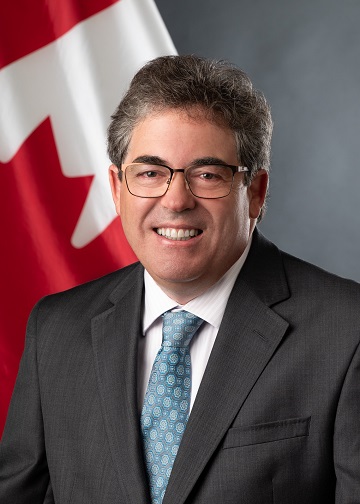 Colin Bird (ALB Hons [Government Studies], Harvard University, 1994; LLB Hons, University of Ottawa, 2003) joined Foreign Affairs and International Trade Canada in 2009. He has served as counsel to the NAFTA Secretariat and in the department’s Trade Law Bureau, where he focused on trade remedies and aerospace and softwood lumber trade issues, and he was a director in the North America Bureau of the Trade Negotiations Branch. Until 2019, Mr. Bird served as minister-counsellor for trade and economic policy at the embassy in Washington, D.C., where he was responsible for all aspects of the United States-Canada trade relationship, including the 2 countries’ cooperation in multilateral forums. He has also represented Canada before dispute settlement panels and the Appellate Body at the World Trade Organization. Most recently, he was the executive director in the Trade Policy Branch responsible for multilateral trade matters, particularly Canada’s membership in the World Trade Organization, and served as Canada’s senior trade official at the Organisation for Economic Co-operation and Development, where he chaired the Trade Committee, and at the G7 and G20.