From January 9 to February 23, 2021, the Government of Canada held public consultations to receive the views of Canadians on a possible Canada-Indonesia Comprehensive Economic Partnership Agreement (CEPA). Public consultations consisted of a Canada Gazette notice inviting written submission and dedicated webpage, as well as targeted outreach with a wide variety of domestic interlocutors, including:

At the time of publication of this report, Global Affairs Canada received a total of 83 written submissions from across the country covering a broad range of sectors. We also engaged directly with over 100 stakeholders and partners through virtual roundtables and meetings. 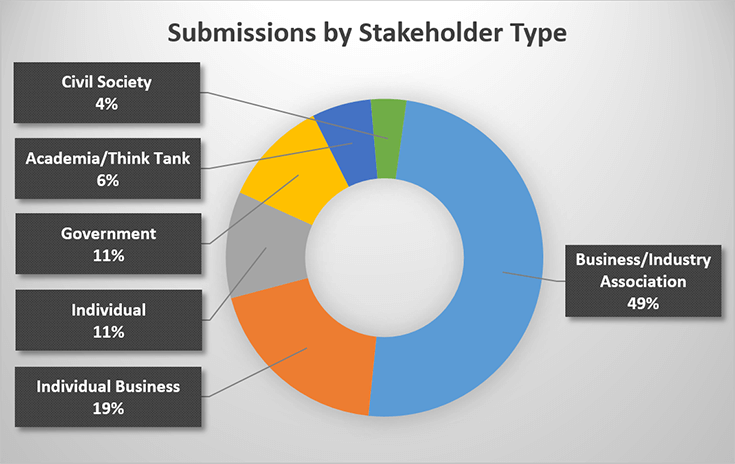 The Government of Canada conducted targeted engagement before, during and after the consultation period with key stakeholders. This included:

Throughout the consultation period, officials engaged partners and stakeholders via various working groups and committees, including:

Overall, stakeholders expressed a high-level of support for a Canada-Indonesia CEPA, highlighting the benefits of increased trade with Indonesia and the potential opportunities in this fast-growing market and in the Asia-Pacific region more generally. We heard from Canadians across the country representing key sectors of the Canadian economy, including traditional sectors like agriculture, manufacturing, natural resources, and professional services, in addition to emerging sectors such as clean tech and life sciences, as well as from academics, provinces and territories, and Indigenous groups.

Submissions indicating support for a CEPA cited the significant market potential that could be facilitated by reducing tariff and non-tariff barriers such as:

However, some stakeholders expressed concern related to: 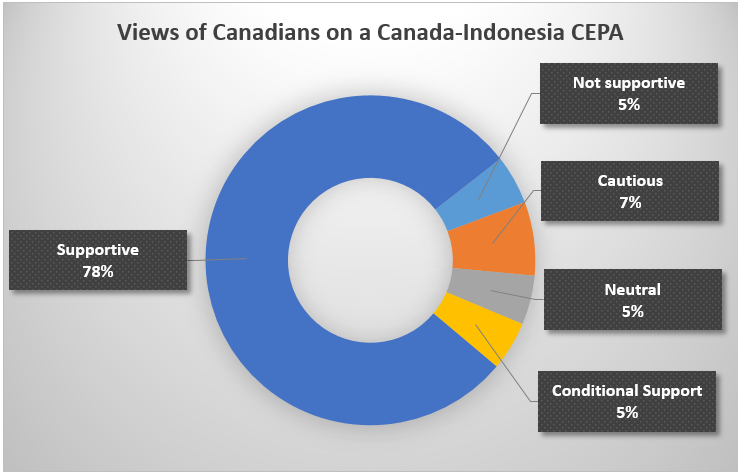 (Figure 2. Views of Canadian stakeholders and partners on a Canada-Indonesia CEPA) 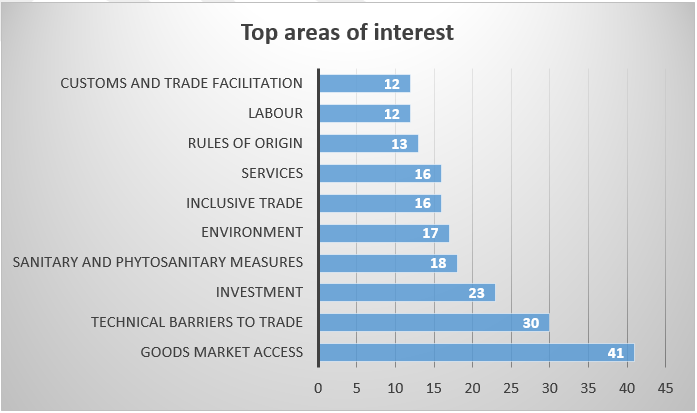 (Figure 3. Aspects of trade policy identified by stakeholders and partners as areas of interest)

Many submissions indicated support for Canada’s inclusive approach to trade, which aims to ensure that the benefits of trade are more widely shared. A few submissions mentioned that Canada is well-placed to ensure that any future agreement promotes equality, non-discrimination and human rights in both Canada and Indonesia.

Several stakeholders also took the opportunity to note their interest in Canada continuing to pursue a Canada-ASEAN Free Trade Agreement (FTA) in parallel with a possible agreement with Indonesia, highlighting interest in the region more broadly. References were made to the fact that pursuing a trade agreement with Indonesia would complement Canada’s other trade policy priorities, such as Canada’s overall trade diversification strategy, expansion of the Comprehensive and Progressive Agreement for Trans-Pacific Partnership (CPTPP) through accessions, and deepening commercial ties with the fast-growing Indo-Pacific region.

What we heard from stakeholders

The majority (58) of written submissions received were from businesses or business associations. In general, business stakeholders expressed strong support for a CEPA with Indonesia. In their view, a CEPA would enhance Canada’s competitiveness, enable trade diversification in the Asia-Pacific and help stimulate economic recovery efforts from COVID-19. Several submissions recommended that the government move quickly to pursue market access to Indonesia to remain competitive within the region and expand export opportunities that would lead to economic growth. Stakeholders also highlighted that any agreement with Indonesia should align with other agreements such as the CPTPP, Canada–Korea Free Trade Agreement, as well as any future trade agreements including a Canada-ASEAN FTA.

Approximately one third of all submissions came from the agriculture and agri-food sector. Export-oriented agriculture sectors (beef, pork, oilseeds, grains, pulses, horticulture) expressed the strongest support for a possible Canada-Indonesia CEPA. In addition to requesting that a CEPA address tariff-related challenges, agriculture stakeholders highlighted the importance of addressing non-tariff barriers in the Indonesian market, including barriers posed by product labelling and standards, and unnecessary testing. They noted that any potential agreement would need robust commitments so that regulatory measures for the trade of agricultural products are transparent and not applied in a manner that creates unjustified barriers to trade. These commitments would also need to create cooperation mechanisms with the view to avoid and resolve trade irritants. Canadian meat exporters emphasized the challenges they face when attempting to access the Indonesian market, including those associated with Halal certification for beef and those related to Canada’s meat inspection system and its ability to meet Indonesia’s packaging and labelling requirements.

Stakeholders from Canada’s supply-managed sectors indicated that they would not oppose a possible CEPA with Indonesia on the condition that the Canadian government uphold its commitment to not provide new market access for supply-managed goods in future trade agreements.

Stakeholders in the sugar refining sector advocated for improved access for refined sugar and sugar-containing exports to Indonesia, but noted that prospects may be limited as Indonesia’s sugar sector is highly protected and regulated.  Many agriculture and agri-food stakeholders noted that Indonesia’s agricultural policies focus on self-reliance for a number of staple products such as corn, soybeans, beef and sugar, which could limit export opportunities for Canada if not addressed.

Fish and seafood industry stakeholders were supportive of using the provisions of the Canada-European Union Comprehensive Economic and Trade Agreement (CETA) as a template for a possible CEPA with Indonesia, expressing interest in export potential given Indonesia’s large population and high fish and seafood consumption rate. The industry would welcome tariff elimination for fish and seafood exports and provisions in a trade agreement with Indonesia to address non-tariff barriers. Stakeholders highlighted that environmental and sustainability considerations should be acknowledged in any agreement given Canada’s robust regulatory regime for sustainable fisheries management.

Stakeholders from the manufacturing sector were generally supportive of a possible agreement with Indonesia provided it would reduce tariffs and non-tariff barriers and enhance free and fair trade. Regarding the regulatory non-tariff barriers, submissions highlighted a lack of transparency, growing barriers caused by standards and unnecessary testing. One submission noted that a shift of low-end manufacturing out of East Asia and into Southeast Asia in the coming years indicates that Indonesia could become an increasingly important foothold for Canadian firms looking to integrate into rapidly evolving production networks in Southeast Asia. Although significant opportunities exist in the Indonesian market, certain manufacturing stakeholders were more cautious about moving forward with Indonesia given:

Some manufacturers indicated that the elimination of Canadian tariffs may increase competition from foreign companies and requested that Canada seek terms that are no more favourable to Indonesia than those negotiated in the CPTPP. In addition, others mentioned that any negotiation should require acceptable standards of responsible business conduct, and adherence to international human rights and labour standards that protect the health, safety and rights of workers.

Stakeholders operating in natural resources sectors, including mining and energy were supportive of a CEPA with Indonesia. Mining sector stakeholders underscored Indonesia’s major role in the global market, highlighting opportunities there for:

These stakeholders suggested ways to benefit the mining sector further through an agreement that establishes provisions for the promotion and protection of investment (including access to investor-state dispute settlement), labour mobility, and customs procedures and trade facilitation. Further challenges related to regulatory uncertainty, export bans and ownership requirements remain and would need to be addressed. A number of other submissions also welcomed new commercial opportunities for industry, including for energy stakeholders related to the low carbon economy.

The Government of Canada received ten submissions from a variety of services stakeholders, including financial and professional services providers. They highlighted that a CEPA would support a more secure and predictable business environment in Indonesia by establishing a common, rules-based system for Canadian and Indonesian companies operating in each other’s markets. This would increase trade and investment between the two countries.

Although most stakeholders expressed support for a possible Canada-Indonesia CEPA, some concerns were raised, including related to responsible business conduct. Overall, based on submissions received, stakeholders from the services sector are supportive of Canada-Indonesia CEPA negotiations, particularly in light of uncertainty surrounding multilateral initiatives, the growing economic importance of Southeast Asia and Indonesia specifically, and broader political and strategic considerations.

The Government of Canada received a high-level of engagement from provinces and territories on a possible Canada-Indonesia CEPA throughout the consultations, including nine written submissions. Provinces and territories highlighted the importance of trade diversification to Southeast Asia along with unlocking future opportunities in this fast growing market, especially as we recover from the ongoing pandemic.

Highlights included the need for strong provisions on labour, environment, investment, and greater transparency to facilitate business certainty. The majority of submissions noted that there is potential to increase Canadian exports to Indonesia across various sectors but that this can only be achieved by eliminating non-tariff barriers. Some provinces and territories flagged that economic development should not come at the expense of human rights and that Indigenous rights and the environment must be protected. Others underlined the importance of Canada advancing an inclusive approach to trade so that more groups can benefit from increased trade, especially under-represented groups such as women, Indigenous peoples and SMEs. Certain provinces and territories remarked that since Canada does not have a foreign investment promotion and protection agreement with Indonesia, a CEPA would be an opportunity for Canada to create the right trade and investment framework so that Canadians can invest and do business in Indonesia with confidence.

One province also mentioned the need for an air agreement with Indonesia, allowing for more direct travel routes between our countries, which would facilitate trade. Certain provinces highlighted the importance of seeking an Indigenous general exception to protect the rights of Indigenous peoples, in addition to Indigenous-specific provisions, including a dedicated chapter, in any agreement with Indonesia.

Many submissions noted the importance of advancing an inclusive approach to trade with Indonesia to help ensure that the benefits of trade are widely shared. Some of these submissions noted potential commercial opportunities under a CEPA for underrepresented groups (i.e. women-owned businesses, Indigenous peoples, SMEs) and the associated challenges and barriers they face in accessing these. Some submissions suggested a CEPA could improve access for these groups by addressing broader, systemic issues including inconsistent and non-transparent regulations and corruption, in addition to advancing tailored and targeted approaches, including via dedicated trade and gender and trade and SME provisions and chapters. Many submissions noted the importance of improving market access, particularly for SMEs by:

Various stakeholder submissions expressed concern related to labour standards and human rights in Indonesia, including the rights of Indigenous peoples and members of the 2SLGBTQI+ community. Stakeholders suggested Canada should seek to address these issues in a CEPA with Indonesia, including through a dedicated labour chapter. Several stakeholders mentioned that poor health and safety regulations, low compensation and forced child labour in Indonesia are all factors that Canada should consider when negotiating an agreement.

A number of submissions cited environment-related considerations, highlighting the importance of maintaining a consistent science-based approach to negotiating robust environment chapters and provisions to ensure that trade and environmental protection are mutually supportive goals. Submissions highlighted a range of environmental concerns such as:

These submissions asked that Canada seek to address these concerns in a CEPA with Indonesia.

The Government of Canada will publish an initial environmental assessment, which will take into consideration the views expressed during consultations, should we proceed to launch negotiations towards a Canada-Indonesia CEPA.

While the dedicated consultation period has now concluded, the Government of Canada remains committed to continue hearing the views of interested Canadians on a possible CEPA with Indonesia. The feedback received from stakeholders and partners is an integral part of this consultation process, which will inform the government’s decision on whether to move forward with a Canada-Indonesia CEPA and to help develop future negotiating positions.