Public consultations on the accession of new economies to the CPTPP

The Comprehensive and Progressive Agreement for Trans-Pacific Partnership (CPTPP) is a free trade agreement, which entered into force between the first six countries to ratify the agreement – Canada, Australia, Japan, Mexico, New Zealand, and Singapore – on December 30, 2018; and for Vietnam on January 14, 2019.

The CPTPP is designed to expand over time to include new member economies. With the agreement now in force, any economy that is able to meet the high-standard rules and ambitious market access commitments of the CPTPP can seek to join it, subject to negotiations on specific terms and conditions with the current CPTPP members.

At the inaugural CPTPP Commission meeting in Tokyo on January 19, 2019, CPTPP members laid out the procedural steps for accession negotiations. The accession of new economies to the CPTPP is an opportunity for Canada to further diversify and expand our preferential access to markets throughout the Asia-Pacific region and beyond. Accessions would help reinforce the rules-based international system and promote the development of regional and global supply chains, strengthening Canada’s connectivity with the Asia-Pacific region. 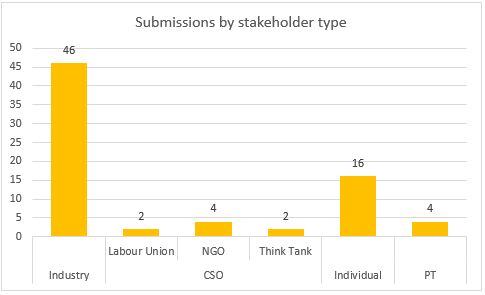 What we heard from Canadians on CPTPP expansion

Overall, Canadians shared positive views towards CPTPP expansion, with 75% of submissions providing generally supportive views on the initiative. Only 8% of submissions indicated skepticism or opposition towards accessions. In general, Canadians saw value in expanding the CPTPP as means to diversify Canada’s trade and investment with the Asia-Pacific region. They also recognised the strategic importance of accessions in the context of rising protectionism in the global economy and Canada’s interest in reinforcing the rules-based international trading system. 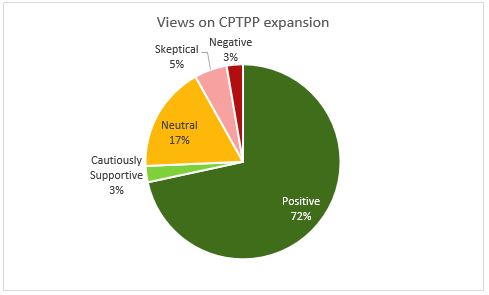 Figure 2. Views of Canadian stakeholders and partners on CPTPP expansion

Over two-thirds of Canadian businesses expressed clear support for CPTPP expansion to include new member economies, including those from agriculture and agri-food (e.g. beef, pork, canola, soybeans), chemicals and plastics, cleantech, and engineering and financial services. Stakeholders from these sectors saw potential for new commercial opportunities as a result of reducing tariffs, addressing non-tariff barriers (especially SPS measures), and enhancing rules and protections for intellectual property and investment.

Stakeholders from the creative and cultural industries expressed mixed views on accessions. Some emphasised the importance of expanding IP rules and protections to new markets. Others advocated for the renegotiation of Canada’s CPTPP culture exclusions to reflect a full general exemption like under CUSMA; otherwise, they advocated that Canada should not pursue accession unless aspirant economies agree to side letters that fully preserve Canada’s right to maintain policies and measures that protect and promote cultural expression.

Just two stakeholders from the automotive sector submitted views on accession – while one stakeholder expressed strong support for expansion of the CPTPP, another expressed skepticism towards accessions unless mechanisms can be identified to address non-tariff barriers in markets like Japan and South Korea.

No stakeholders from the fish and seafood and forestry sectors provided views during the consultation period.

Only two labour unions provided views on CPTPP expansion, both reiterating concerns previously expressed during consultations conducted by the Government on the TPP in 2017. One submission emphasised that the CPTPP’s cultural provisions do not go far enough and put Canada’s cultural sovereignty at risk, particularly with respect to Canadian content in a digital environment. Another submission expressed strong concerns about the Agreement’s temporary entry provisions.

Two Canadian think tanks provided positive views on CPTPP expansion and its alignment with Canada’s strategic and economic priorities in the Asia-Pacific region. Canadian academics and researchers who wrote individual submissions echoed these views. One submission expressed hopes for a more transparent negotiation process for CPTPP expansion and stressed the need to maintain the existing suspensions to the Agreement’s IP chapter.

One organization spearheaded a letter-writing campaign that saw 36 of its members write to support possible accession by a particular economy to the CPTPP.

Views of provinces and territories

Four provinces provided submissions. Three of these reiterated their appreciation for the Government’s collaborative approach to trade negotiations and their hopes for continued federal-provincial-territorial discussion on CPTPP expansion once negotiations commence.

A fourth province expressed no objections to CPTPP expansion, provided that Canada secures ambitious market access outcomes and negotiates a culture side letter with each aspirant economy. This submission also enquired about how Canada would allocate supply management TRQs to aspirant economies, expressing opposition to expanding existing volumes. 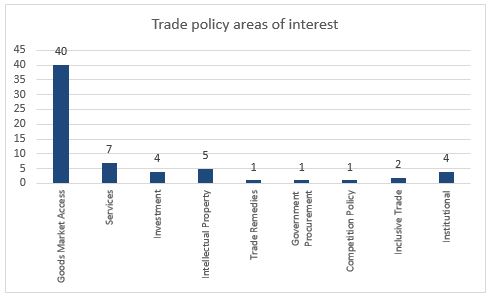 Figure 3. Aspects of trade policy identified by stakeholders and partners as areas of interest

A majority of submissions that provided views on trade policy issues focused on goods market access, particularly the elimination of tariffs and addressing SPS-related challenges. On services, interested stakeholders provided input on the expansion of access for professional and financial services, as well as concerning Canada’s approach to temporary entry. On investment, interested stakeholders emphasised the importance of providing rules and protections for Canadian investment abroad; no Canadians shared views on the impact of investor-state dispute settlement. 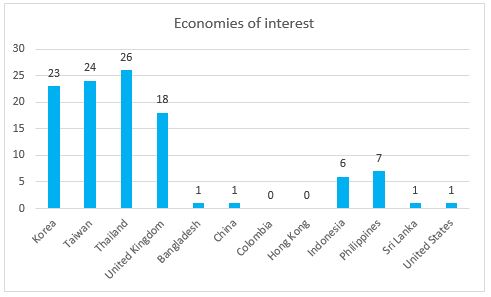 Figure 4. Economies identified as markets of interest by stakeholders in their written submissions

Canadian businesses cited Thailand as a market of interest given high levels of tariffs and other barriers to trade. For South Korea, some stakeholders saw opportunities to improve upon the terms of the Canada-Korea FTA, especially to achieve parity with the United States.

Canadian businesses, academia, and think tanks alike expressed overall support for engaging with Taiwan during the accessions process, as both a key export destination and politically-likeminded partner, although some reminded the Government to exercise caution vis-à-vis other geopolitical interests if Taiwan applied to join the CPTPP.

For the United Kingdom, businesses saw CPTPP accessions as an avenue to achieve more certainty given their withdrawal from the European Union, while some academics questioned the strategic value of including the United Kingdom in a Pacific Rim trade agreement.

Canadians did not frequently raise China or the United States as economies of interest or concern during the consultations. Other economies mentioned include Bangladesh, Colombia, Hong Kong, and Sri Lanka.

Despite the conclusion of the public consultation period, the Government of Canada continues to welcome the views of Canadians on the potential expansion of the CPTPP. The feedback received from Canadians will help inform the Government’s decision-making on whether to pursue negotiations with new economies after we receive an official accession request, as well as to define our negotiating priorities.