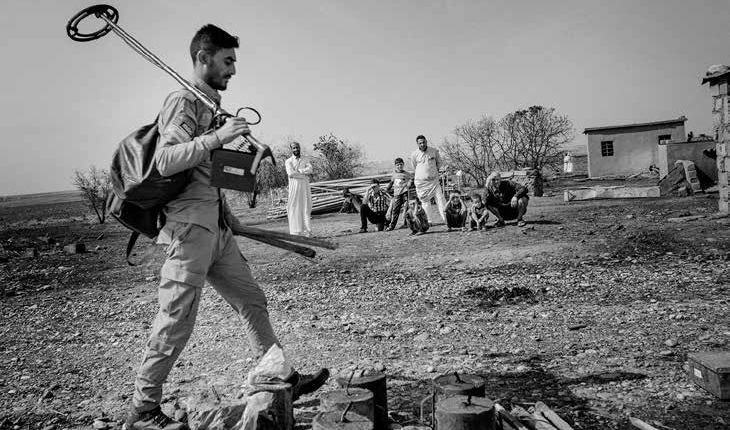 September 29, 2014, will be forever etched in the collective memory of the inhabitants of the village of Mosherfa in northern Iraq. On that day, the 400 families who were living in the village had to flee their homes for neighbouring villages in order to escape the terror of Daesh. 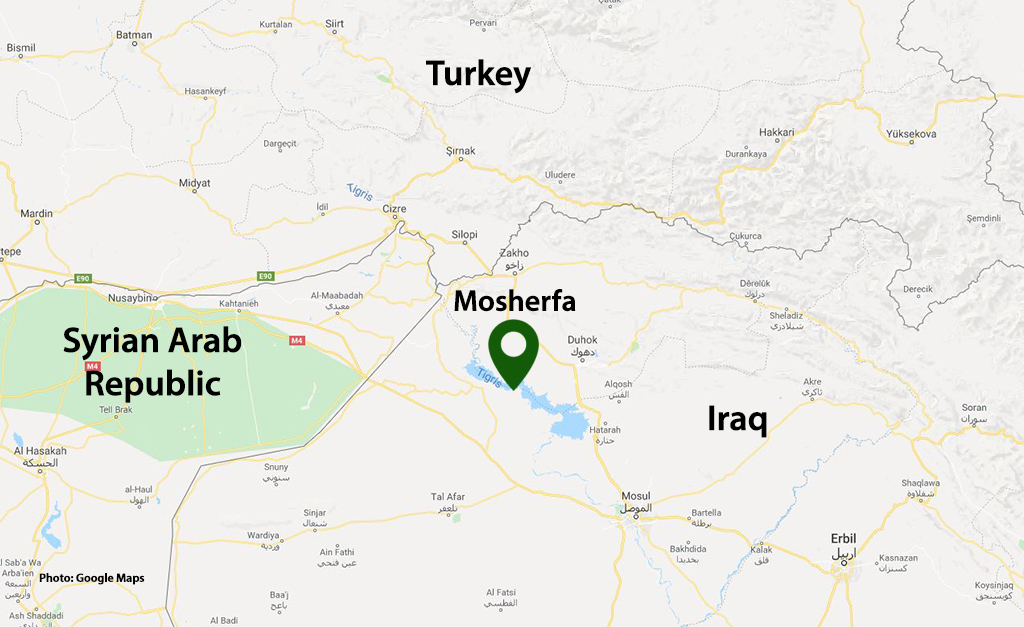 In August 2015, the Peshmerga drove the Daesh fighters out of Mosherfa. Almost all the families that had fled came back to settle in the village. One day, a young boy who was shepherding a herd of goats in the fields surrounding the village unwittingly stepped on a landmine. The explosion was fatal.

The families quickly realized that, while Daesh had control of the village, its fighters had placed landmines and improvised explosive devices throughout Mosherfa and the surrounding areas. The landmines could be found in most of the fields surrounding the village. Daesh also placed landmines on each side of the bridge that led to the highway, as well as along the paved road that linked Mosherfa to another highway leading to roughly 50 villages. These landmines forced travellers to use unsafe, unpaved roads that were completely unusable in winter. The village’s only school and cemetery were also contaminated by landmines. The village’s leader, Mukhtar Mazahem Msarhad, exclaimed, “Even the dead were not spared by Daesh!”

The experience of the village of Mosherfa is not unique. Since 2014, hostilities in Iraq have displaced over three million people throughout the country. In liberated areas, Daesh left behind land that is polluted by landmines and improvised explosive devices. These devices were made in large quantities and placed almost anywhere, even in everyday objects. Improvised explosive devices are especially concentrated in urban areas. They can be found in the streets, office walls, schools and hospitals. Even homes have to be decontaminated.

Daesh left behind a legacy of explosives, and the presence of these devices remains a barrier to stabilization in Iraq. Canada is committed to peacebuilding and, consequently, the Government of Canada has contributed $7.5 million to three demining projects in Iraq through the Peace and Stabilization Operations Program (PSOPs).

First, Canada provided $4 million for a project led in partnership with the U.S. State Department and co-funded by the United States, Germany and Denmark. As a result of this support, demining teams have completed significant work in the urban areas of Ramadi, Anbar and Mosul. In total, 227,372 square metres of land that was heavily contaminated has been cleaned. This project has now been completed.

Second, in the Mosul region, Canada is working together with the Swiss Foundation for Mine Action. In addition to clean-up operations in densely populated areas, the agreement includes training for Iraqi demining specialists. This project, funded exclusively by Canada and announced in early 2018, will receive close to $1.5 million. It is scheduled to end in 2019.

Lastly, since 2016, Canada has been the sole contributor to a $2‑million project. Canada’s partner on the ground for the project is the non-governmental organization, Mines Advisory Group (MAG), which has been working in Iraq for over two decades. Demining teams funded by PSOPs work in liberated areas in the province of Ninewah, in northwest Iraq. Between 2015 and 2017, 601,130 square metres of land was cleaned, which allowed for the safe return of hundreds of families.

As a result of this project, 215,949 square metres of land has been decontaminated in the community of Mosherfa. Today, both sides of the bridge leading to the highway have been cleaned which has opened up the road that leads to key commercial locations in the region and has allowed economic activity to resume in the village. “We lived in constant worry until MAG came to our village,” recalled Mukhtar Msarhad. “I offered the deminers to rest in our houses, but they politely excused themselves because they were vigorously and energetically working, dedicated to rid us from the remnants of war as fast as possible. They did not slack off and allowed our lives to get back to normal.”