Protecting the argan forests of Morocco

Making premium health and beauty products out of argan oil is good business for Zorah Biocosmétiques. The Montreal-based company uses this premium ingredient, which comes from Morocco’s arid southwestern region, in many of its hair, skin and health products.

At the same time, Zorah Biocosmétiques is doing positive work in Morocco. The company supports argan-oil cooperatives that are run by and employ women. It is also helping to preserve the country’s argan orchards, which act as a critical barrier to deserts that threaten to encroach from the south. The company’s efforts are among a number of initiatives supported by Canada to fight climate change and strengthen rural communities in the country.

“Argan oil is unique in the world,” says Mélissa Harvey, president of Zorah Biocosmétiques. She co-founded the company 15 years ago after she travelled to Morocco and met with Berber women’s cooperatives in the area around Agadir that produce the rare oil. “It’s really good for the skin, for people’s health, and it’s a tree that protects the environment,” she explains. 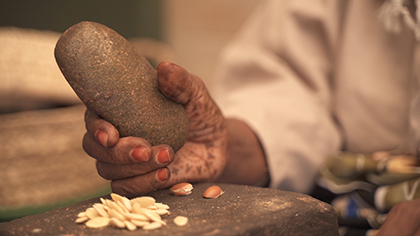 Argan oil is produced from crushing the kernels of the argan fruit; it is a natural remedy in Morocco. Photo credit: Green Climate Fund

Argan oil, produced from crushing the kernels found inside the argan fruit, has long been a natural remedy in Morocco. The country’s 2.5 million-hectares of argan forests have been declared a biosphere reserve by UNESCO. That’s because the deep-rooted trees prevent soil erosion and maintain water resources. The trees were once under threat from deforestation because they were cut down for building materials and firewood. More recent concerns include booming demand for the oil causing aggressive harvesting of argan fruits, which are traditionally allowed to fall to the ground before being cracked open. Thermal stress from climate change also hampers the health and regeneration of the trees.

Canada supports a Green Climate Fund (GCF) program that focuses on planting and preserving the argan orchards. Under the program, the GCF, in collaboration with the Government of Morocco’s National Agency for the Development of Oasis and Argan Areas (ANDZOA), also fosters the cooperatives, which provide women with sustainable incomes and improve their social standing.

The program has impacts at many levels 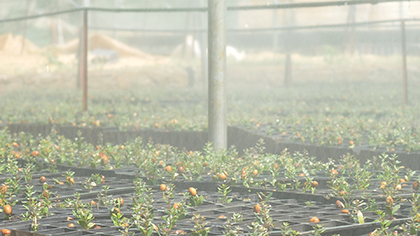 “This program has a really beneficial impact at many levels,” says Abderrahim Assab, an economic and financial specialist with GCF. He comes from Tafraout, a town in Morocco’s Souss region, where his family has been involved in the argan harvest for generations.

Assab says that around 20% of the surface area of the argan forests has been lost over the last decade, with 500 to 600 hectares of the trees disappearing each year due to urbanization. He notes that protecting Morocco’s argan forests not only ensures climate-change mitigation and adaptation, it also preserves a major source of livelihood in the region. More than 20,000 people are involved in the argan oil industry, many of whom are women employed in some 300 small cooperatives. These cooperatives are encouraged to work together, for example to deal with pressure from international markets.

ANDZOA reports that Canadian cosmetics companies like Zorah Biocosmétiques import about 10 tonnes of argan oil from Morocco annually. The oil largely comes from cooperatives such as those supported by the GCF program. 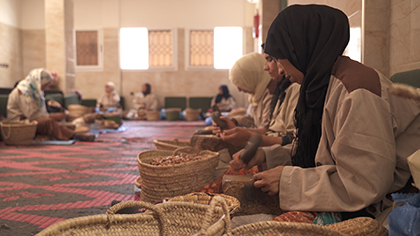 The argan oil industry employs over 20,000 people, many of whom are women. Photo credit: Green Climate Fund

Harvey says the oil has “fantastic virtues—it is good for hair, skin, the face, nails, massage, healing.” She also says that it has dietary benefits and is good for people who have diabetes, arthritis and issues with cholesterol.

Harvey says that Zorah Biocosmétiques works closely with the argan-oil cooperatives, which contribute to the personal development of their members. For example, Fatima, who couldn’t read or write, was able to get an education. She now takes care of cooperative finances and earns enough money to send her children to university. “It is beautiful to see the passion of these people, who are proud to be autonomous,” Harvey notes.

Richard Morin, vice-president and co-founder of Zorah Biocosmétiques, says the company’s mission is to make cosmetics “that can compete with the best products on the market.” He says it also raises awareness among its commercial customers of the importance of the argan orchards and forests to Morocco and the Berber women who make the oil. “At the heart of our values is actually working with these women, making products that will help human beings and the environment at the same time.”

Ensuring the trees continue to thrive

Assab says a major benefit of the GCF program is that it improves capacities at the institutional level. For example, the GCF is among a number of parties that have contributed funding to the Moroccan government for it to set up an argan research centre. This ensures the trees continue to thrive in the future. 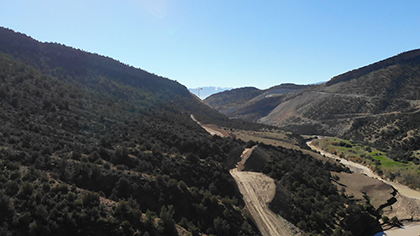 “It’s important that the communities continue to protect the forests and that institutions in the country are aware and equipped to continue the fight,” he says. He notes that another goal is “to try to learn lessons here that can be applied elsewhere,” including in the Amazon, the rain forests of Indonesia and the Congo Basin.

“We have quite a serious crisis happening with climate extremes. The whole idea behind international cooperation on climate change is to be able to learn, disseminate, replicate and scale projects,” Assab says. “You try to have an impact on the world.”

Harvey says Canada’s commitment to helping Morocco create a sustainable future for its environment and for the women who live there is an investment that is paying off for Canadians as well.

She points out that “we are creating jobs in Canada,” and that the environmental benefits of supporting Morocco’s thriving argan forests are also felt here. “Helping to protect a tree that is unique in the world is really part of our values.”