“If you’re abroad, it’s time for you to come home”

As countries around the world were closing their borders to contain the spread of COVID‑19, Prime Minister Justin Trudeau appealed to Canadians abroad to return to Canada. And Global Affairs Canada (GAC) was on the front lines of repatriation efforts that had started with the outbreak of COVID‑19 in China.

China imposed a lockdown on the city of Wuhan on January 23, 2020. Shortly after, the Government of Canada began evacuating Canadians stranded in China. Quickly, officials at the Canadian embassy in Beijing started negotiations for a chartered flight, getting clearances and establishing a process for getting Canadians in the province of Hubei to the airport in Wuhan during a lockdown. Maxime Lauzon-Lacroix was part of a team from the embassy sent to Wuhan to provide on-the-ground support. 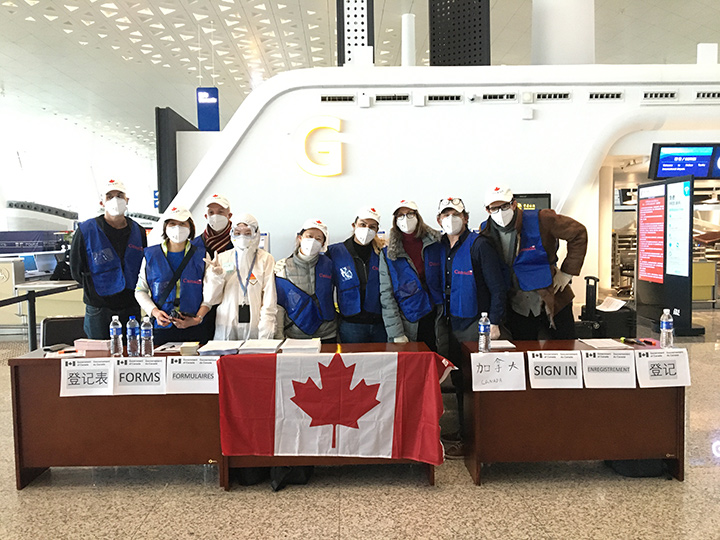 “The lockdown and how quickly the situation deteriorated took almost everyone by surprise,” says Maxime. “The common refrain among Canadian evacuees was that they couldn’t believe it all happened so fast.”

Within 3 weeks, 399 Canadians and their families had been flown back to Canada.

From there, the pace accelerated. A cruise ship docked in Japan was in quarantine; the situation was complicated because some passengers were already very ill. While many of the Canadians on the ship were taken to hospital for treatment, most were evacuated and flown back to Canada.

Jennifer Jakob, a consular officer with the Embassy to Japan, helped set up video calls between Canadian passengers on the ship who had to be hospitalized, family members in Canada and the medical team at the hospital to facilitate communication, provide translation and, in some cases, make end-of-life decisions and provide a last chance to say goodbye. Meanwhile, there were outbreaks on other cruise ships. When the Grand Princess docked in Oakland, California, in March 2020, Canadian officials were prepared to bring them to Canada by plane.

As GAC employee Gillian Shimmons observes, “I wasn’t the only person who made my way to San Francisco. There were consular specialists from many Canadian missions in the United States, a medical team from DND [National Defence], and a member of the Canadian Border Services Agency on site, all focused on getting Canadians home and safe.” “It was truly a whole-of-network operation,” recalls Rana Sakar, head of mission at the Consulate General in San Francisco. “Our teams, including Canada-based and locally engaged staff and families, stood up at a moment’s notice to work 24/7 shoulder to shoulder with local partners and specialists to deliver for Canadians in crisis at a key moment. It was all hands on deck. And the quality, speed and comprehensiveness of our Team Canada efforts stood out for many of our partners.”

As the pandemic spread globally, chartering flights was no longer a viable option. Instead, Canada collaborated with Canadian airlines and negotiated with foreign countries to coordinate flights to bring Canadians home.  At its peak, flight operations brought back more than 1,700 Canadians in a single day. When the assisted flights ended on July 17, more than 62,500 Canadians had returned on 692 flights from 109 countries.

For officials on the ground, these flights often meant having to respond on short notice. As GAC employee Stephan McLauchlin explains, “We learned that we had less than 48 hours to organize and coordinate 2 flights to repatriate hundreds of Canadians from Pakistan. Since the closing of the Pakistan air space, we had been deluged by thousands of calls for assistance from Canadians in the country.”

Many Canadians stranded abroad had difficulty securing the funds to pay for airfare, to say nothing of other unexpected expenses. A COVID‑19 Emergency Loan Program was created to help them cover costs until they could return home.

Even when they were able to purchase tickets, there was the matter of actually getting to the airport and onto the plane. 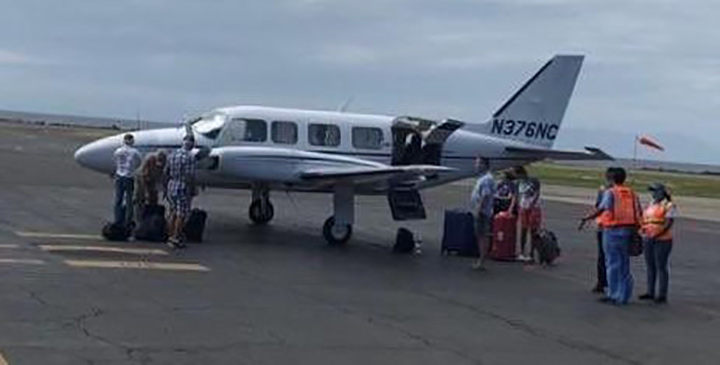 Canadians in Honduras boarding a chartered plane to the international airport

Mike Obrist, a consular official at the Embassy to Honduras, recalls helping an elderly lady get to the airport during a lockdown: “We helped her navigate the road blockages with a driver to get to the airport, where a chartered island-hopper took her and 20 others to the island of Roatán to meet up with some 120 other Canadians waiting for the repatriation flight.”

Challenges like these were repeated in countries around the world.

On top of the technical challenges, Canadian officials were dealing with their own personal challenges. The families of many staff stationed abroad had been sent home for their own safety, and staff tried to stay connected with them and provide support as best they could. Some managed to carve out time with their families to enjoy simple pleasures and maintain a sense of normalcy. While stationed in Afghanistan, Carmen Larsen and her daughter in Ottawa took virtual singing classes.

“While I now know for certain that I cannot sing and that I should stick to my day job,” Larsen says, “the virtual lessons provided a beautiful way to stay sane and to stay connected with my daughter.”

Others had to deal with their own heartache from a distance. Meaghan King was stationed in Austria when she learned that her grandmother, living in a long-term care facility, had tested positive for COVID‑19. In a phone call, her grandmother told her she thought she had a “pretty nasty cold.” She passed away 2 days later.

“With the borders closed and dozens of Canadians still in distress, there was not much I could do for my family,” King says. “So I focused on what I could do for others.”

Despite the challenges, many were simply grateful to be able to help when it was most needed. For Jennifer Jakob, her experience “provided greater meaning and purpose to the long hours of work, disappointment and frustration we experienced throughout the crisis. This is why I work abroad, serving Canadians.”