Through an integrated approach, Canada is supporting Mali in its efforts to overcome the ongoing instability it has been facing since 2012, with the ultimate goal of helping to build a better future for all Malians. In close collaboration with its international and regional partners, Canada contributes to efforts to achieve durable peace, sustainable development, and shared prosperity in Mali. It is important to invest in Mali as the country’s instability is negatively affecting the broader Sahel region, increasing the risk to Canadian investments and citizens, and making it difficult for the Malian population, especially women, to actively participate in the peace process – thus exacerbating gender inequality and conflict.

To achieve this, Canada’s work in Mali focuses on:

Canada’s whole-of-government approach is built on over five decades of cooperation with Mali, where Canada is recognized as a credible and strategic partner.

Mali is one of Canada’s most longstanding partners in Africa and within La Francophonie. It is also a focus country in Canada's National Action Plan on Women, Peace and Security to support women's empowerment, management and participation in the peace and reconciliation process and security efforts in Mali. Canada and Mali established diplomatic relations in 1969 and continue to maintain bilateral relations over half a century later, with a key foundation being Canada’s development assistance program. Mali is represented in Canada by its embassy in Ottawa since 1978, and Canada is represented by its embassy in Bamako since 1995.

Canada has actively supported international efforts to restore stability in Mali since the 2012 coup d’état and the resulting crisis. This has included political and diplomatic support to help broker a peaceful settlement of the conflict. To that end, Canada works in conjunction with the Government of Mali, the United Nations, and other partners to enable the effective implementation of the Agreement for Peace and Reconciliation in Mali, which is also known as the Algiers Accord (in French only), and to support the return of peace and the protection of civilians in central Mali. Such efforts are complemented by an increased emphasis on stabilization programming.

Canada is a long-standing partner for promoting peace, security and sustainable development in Mali. Since 2000, Canada has provided over $1.7 billion in international assistance to Mali, including $133.09 million in 2020-2021.

Canada is well positioned to help ensure the protection and the well-being of the poorest and most vulnerable, especially women and children who find themselves in situations of conflict and insecurity. Canada has the expertise, credibility, experience, and a network of strong partnerships on the ground, which has led to meaningful results and made a real difference in the lives of the people of Mali.

Canadian development assistance in Mali focuses on improving basic social services, such as education and health, including access to comprehensive and quality sexual and reproductive health services. It also emphasizes inclusive governance as well as promoting growth that works for everyone through climate-sensitive agriculture, and access to inclusive financial services. In line with Canada’s Feminist International Assistance Policy, Canada's programming places women and girls at the heart of all its interventions. Each project addresses an issue that hinders women's full participation and empowerment in a given sector of intervention. This has led to improved living conditions for Malians, and preserving these gains is essential to efforts to restore social and political stability to the country. Given Mali's socio-political and security context, Canada is taking a conflict-sensitive approach and working closely with various stakeholders to implement agile programming that is consistent with peace, security and humanitarian needs.

Canada supports the efforts of the Government of Mali and its technical and financial partners to limit the effects of the COVID-19 pandemic on the Malian population, which is already in a situation of heightened vulnerability. To this end, from the beginning of the global pandemic, Canada quickly redirected the activities of several operational and planning projects to acquire protective equipment for health care workers, facilitate testing, and ensure that women, adolescents and girls continue to have access to comprehensive, quality sexual and reproductive health services despite the pandemic. The program also ensured that girls in lower primary school in central Mali continued to learn even when their schools were closed, including by providing access to digital learning platforms.

For more information on Canada’s development projects in Mali, consult the Project Browser. To learn more about the impact of Canada's development assistance to Mali, please see the Mali success stories.

Canada’s humanitarian funding in Mali supports a gender-responsive, multi-sectoral response to the needs of populations affected by conflict and natural disasters, such as drought. Canada is working with experienced humanitarian partners to provide vital assistance to particularly vulnerable populations, including internally displaced persons, returnees, refugees and host communities. Canada’s assistance is helping to provide food, treatment for acute malnutrition, drinking water, sanitation facilities, health services (including sexual and reproductive health services), and protection services, such as support to survivors of sexual violence. In 2021, Canada provided $11 million in gender-sensitive humanitarian assistance to meet urgent needs in Mali.

A foreign investment promotion and protection agreement became effective in June 2016, which should further promote and secure investment between the two countries.

Canada supports Mali’s peace and reconciliation process through a range of activities that seek to improve security and stability in the region, support counter-terrorism efforts, and encourage dialogue between the government and armed groups with the ultimate goal of helping to establish a lasting peace in the country.

Canada recognizes that an inclusive political process with an increased and meaningful participation by women is critical to achieving a durable peace in Mali. Canada is supporting the implementation of all four pillars of the Algiers Accord: political reform; defence and security sector reform; development; and reconciliation, justice and humanitarian affairs. Canada is providing this support through financing and deployments within the United Nations Multidimensional Integrated Stabilization Mission in Mali (MINUSMA) as well as through civil society partners to build local and regional capacity to increase meaningful participation in peace operations and conflict prevention.

Canada made a clear commitment to renew its engagement in the full spectrum of multilateral peace operations. Canada’s approach to peace operations is about doing things differently. Canada aims to contribute to a transformation of peace support operations through the implementation of ambitious initiatives. For instance, Canada is working to promote women’s representation and meaningful participation in conflict prevention and resolution. For more information, please consult the website of the Elsie Initiative, which aims to increase the meaningful participation of women in United Nations peace operations. Through the Vancouver Principles on peacekeeping and the prevention of the recruitment and use of child soldiers, Canada works to improve the fate of children in situations of armed conflict. To achieve this, Canada prioritizes, as part of peacekeeping operations, the protection of children as one of its central tenets of the general mandate of United Nations peacekeeping missions.

Canada’s Peace and Stabilization Operations Program (PSOPs) is leading stabilization programming in Mali and the Sahel. Canada has invested more than $30 million from 2016-2019 and is providing an additional $28 million between 2019 and 2022 in Mali and the Sahel in support of civil society organizations, international non-governmental organizations, and the United Nations, among others. Canada is also providing $19.8 million to the MINUSMA Trust Fund (2016-2024), and supporting the deployment of two gender advisors to the mission.

PSOPs programs in Mali are helping advance the implementation of the Algiers Accord, promote the inclusion of women at all levels of the peace process and its implementation, support UN-led peacebuilding and stabilization efforts, and foster dialogue and understanding among conflict-affected communities, particularly supporting women and youth as agents of peaceful change. For more information, consult the interactive Project Browser. For more information about Canada’s policy on women’s participation in conflict prevention, conflict resolution and peacebuilding, consult its website on Canada’s National Action Plan on Women, Peace and Security.

The various initiatives supported by the PSOP continue to produce concrete results. For example, as result of a project with Search for Common Ground, 360 peace ambassadors, of which 151 were women, were trained on leadership, conflict transformation, and peacebuilding in Central and Northern Mali.

Emblematic cases of war crimes, crimes against humanity and gender-based violence are being brought before national and regional courts, thus reducing impunity. A new generation of human rights lawyers, many of them young women, is emerging to bring the voices of women and people in vulnerable situations to the fore.

The Canadian Forces' contributions to the government's peace operations strategy are collectively known as Operation PRESENCE. Canada is committed to providing valuable military capabilities to a variety of United Nations peacekeeping missions.

The first of these deployments was an air task force that operated from Aug. 1, 2018, to Aug. 31, 2019, within MINUSMA. The task force included three Chinook helicopters used to provide MINUSMA with critical emergency transport and logistics capability, as well as 5 Griffon helicopters tasked with providing armed protection escort. The task force was deployed for 1 year to Gao in northern Mali and conducted 11 medical evacuations and more than 100 transport missions. The Canadian helicopters accumulated more than 4,000 flight hours, transported approximately 2,800 passengers and delivered more than 167,832 kg of cargo. This contribution has provided essential support to MINUSMA, a key element in the implementation of the Algiers Agreement.

With the completion of the Air Task Force’s deployment, Canada continues to make multiple contributions in support of the UN mission in Mali, including up to 10 Canadian Armed Forces staff officers, civilian police officers and financial support, with the aim of facilitating the implementation of the Algiers Accord.

The Canadian Forces provide support to France by airlifting military equipment and personnel between France and Africa and between African countries, particularly in the Sahel region.

The operation also strengthens the Canada-France partnership and improves interoperability between the two countries' armed forces.

Since January 2019, Canada has been deploying police officers to Mali in support of the implementation of Mali’s Peace and Reconciliation Agreement and reform of Mali’s security services. Canadian police officers are serving with MINUSMA and the European Union’s civilian capacity-building program, EUCAP Sahel Mali. Canadian police are providing advice and leadership on issues such as community policing, human rights and gender equality.

Moreover, Canada provided police trainers and $1M in funding to the École de maintien de la paix Alioune Blondin Beye (EMP-ABB) in Bamako until March 2021. The school seeks to strengthen the capacities of West African States in support of peace and security sector reform. This includes developing and delivering course curriculum for policing activities, with the goal of enabling African police officers to participate in peace support operations carried out within the framework of the United Nations, the African Union, or any other regional organization.

Canadian police are deployed to international peace and stabilization operations through the Canadian Police Arrangement, a partnership between Global Affairs Canada, the Royal Canadian Mounted Police and Public Safety Canada. 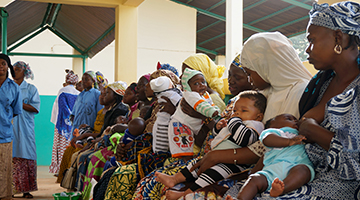 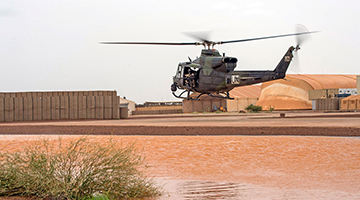 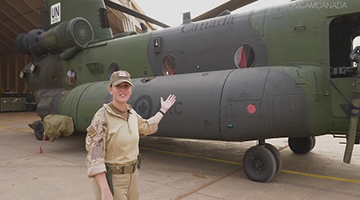