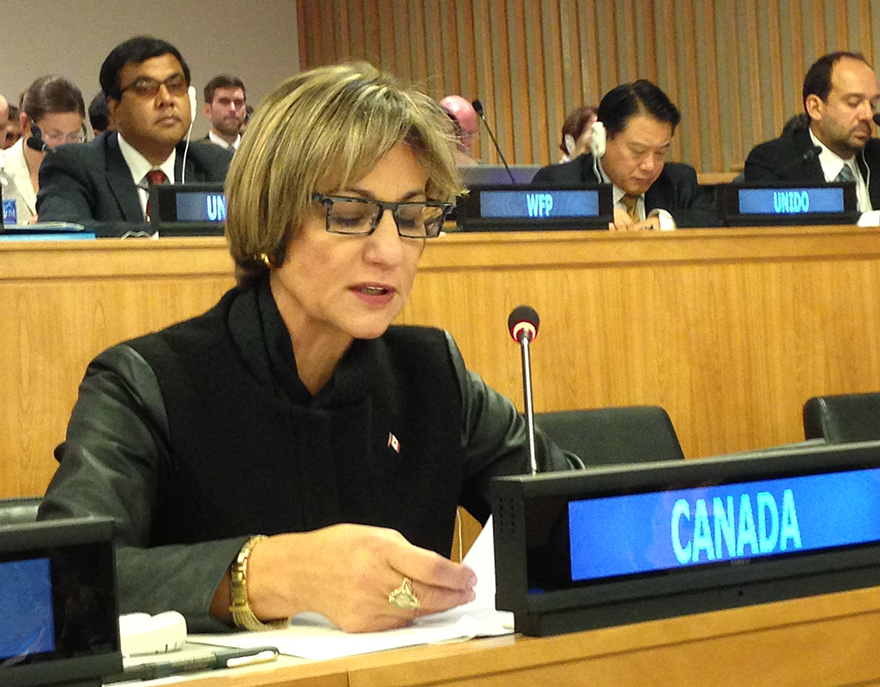 September 25, 2013 - New York City - The Honourable Lynne Yelich, Minister of State (Foreign Affairs and Consular), delivers remarks at a high-level meeting on the role of education in countering violent extremism. Hosted by Hedayah, the International Center of Excellence on Countering Violent Extremism, the meeting was held on the margins of the 68th Session of the United Nations General Assembly.

In order to build an efficient prevention program for youth, it is essential to understand the phenomenon of radicalization leading to violence and identify its early warning signs.

“As societies, we must entrench our own narratives of tolerance, acceptance and non-violence,” said Minister of State Yelich.